“Grief is a tidal wave that over takes you,
smashes down upon you with unimaginable force,
sweeps you up into its darkness,
where you tumble and crash against unidentifiable surfaces,
only to be thrown out on an unknown beach, bruised, reshaped…
Grief will make a new person out of you,
if it doesn’t kill you in the making.”

Natalie Taylor – Come to This 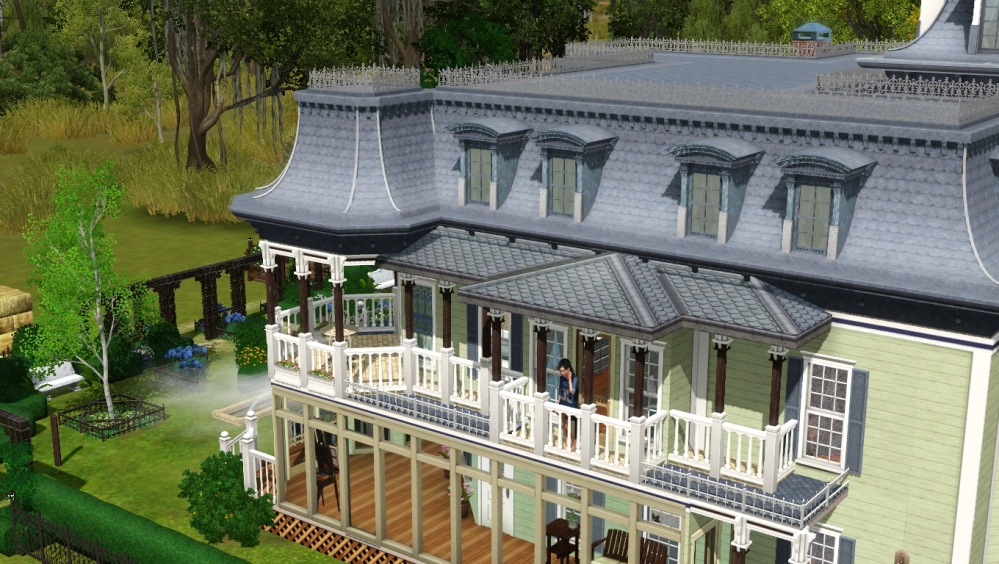 The days after the memorial drag by. Summer has finally come, with temperatures soaring into the 90s. The humidity is suffocating and the old ladies have trouble sleeping at night even with the fans turning 24/24. It doesn’t help listening to Taïga crying all through the wee hours.

Taïga tries to deal with the grief by shutting herself off from the outside world. She spends her days in bed or sitting by the window, staring with unseeing eyes. She doesn’t want to see anyone and hardly acknowledges Granny when she brings her something to eat. The old witch is worried about her granddaughter. She hardly touches her food, and suspects her of only moving it around the plate to make it look like she’s eaten.

Luckily she doesn’t have to deal with her boyfriend, Loki, yet. He’s on the West Coast touring with his dad. He calls, texts and snaps regularly, but she doesn’t have the courage to talk to him just yet. It seems her cell is always vibrating and in an excess of despair she sets it on fire. But by doing so, she loses all her pictures of Derek and crying with rage she sends a message to Linn. Maybe she has salvaged something…

Loki has kept calling Granny from the different locations he’s visiting with his parents, just to make sure Taïga is all right. He can’t talk to her, but at least he gets some kind of update. 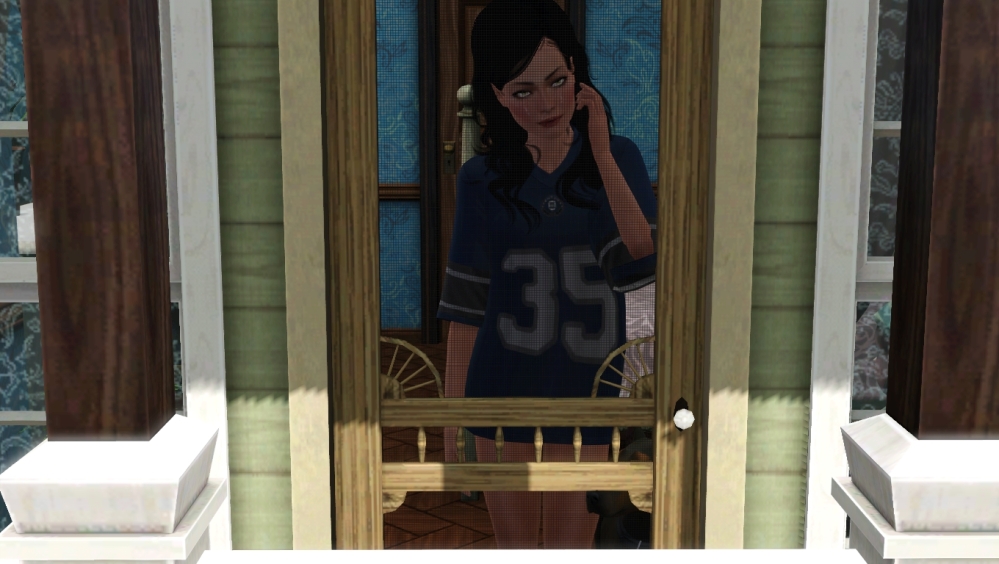 It had been more difficult to fend off her best friend, but finally Linn gives up, buying Taïga’s excuses.

‘I need to be alone. I love you Linn, but I have to go through this by myself. I’ll call you. Promise. As soon as I feel “better”.’ As if that was even possible!

She texts her about the pics of Derek, though…

And so hours become days, weeks… Taïga doesn’t move from her room, spending the time lying on her bed wearing Derek’s T-shirt, staring into space, dwelling in her sorrow…

Sometimes she feels empty, like there are no more tears to cry, other times she feels enraged about being so utterly helpless. Thinking of Derek, of their moments together, brings the pain alive and she cries again until exhausted she falls asleep. 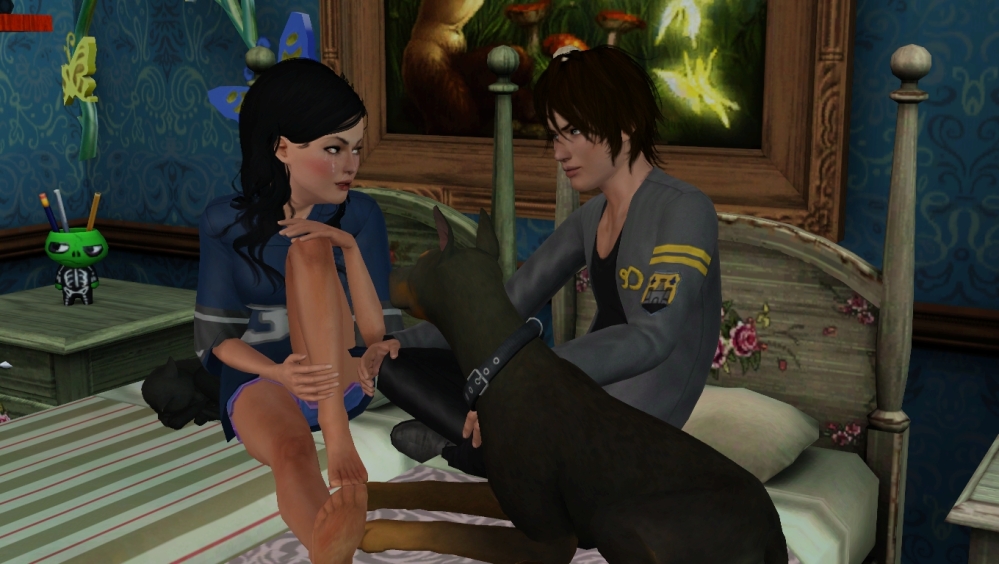 Rowan is not good with tearful girls, not quite knowing how to handle his sister’s depression. He checks on her once in a while – mostly because he’s worried about their plans for Monte Aquila. He realizes he has to put his desire to find out what happened to his mother on hold, or do it by himself. His father wants him to come back to Italy and start some fancy private school in Tuscany, and he guesses he’ll just have to wait and see.

Valkyria, Taïga’s faithful Doberman, never strays far. She stays close by, lying with her head on her long front legs, ears twitching with each toss and turn of her mistress as her sleep is haunted by nightmares.

Missy tries to comfort her, too, bringing pancakes with Taïga’s favorite blueberry jam, but her advice makes Taïga break down in despair.

‘It might not be what you need, or want, to hear, but you have to eat, Taïga. Starving won’t bring Derek back.’

Wailing, her niece just burrows her head in her pillow and cries even more.

Granny usually leaves her alone, hoping time will heal the pain. Knowing the young girl’s reaction is a “normal response” to loss, she tries to appease her granddaughter as best she can. She sits quietly on the bedside, stroking Taïga’s dark locks and drying her tears.

‘Take whatever time you need, darling child. You must let it all out. Don’t deny your feelings, keeping sorrow and pain inside is dangerous – one day it will all burst out anyway, hurting other people. I know you don’t want that…’

She cradles her granddaughter in her arms, listening without interrupting to the young girl’s laments. Taïga’s feelings sway from anger at herself for not being able to protect Derek, to dark guilt and being furious at him for leaving her. Leaving them all.

‘I must be a lousy witch as my protection spell didn’t last long enough. I failed, Granny. I failed to keep Derek alive… Why did this happen? Why Derek? Why?’ She snivels. ‘If I only had told him how I feel. Maybe that would have made him stay…’ 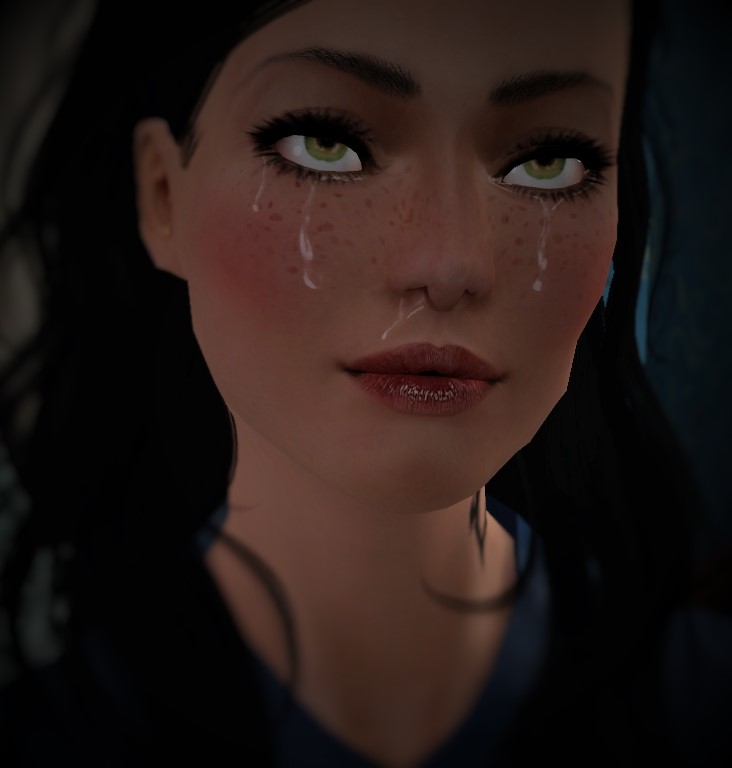 Taïga knows deep down in her heart that nothing could have refrained him from trying to save his dad. He would have left no matter what she had said. It was the right thing to do, and his way of wholeheartedly standing up for his family is part of why she loves him… She gasps at the thought.

Yes, I can’t hide it anymore. I love him. But now it’s too late.

Realizing the pointlessness of it just makes her incredibly angry at him. ‘He shouldn’t have left like that! He knew it was dangerous. So selfish of him! If only he had stayed, this would never have happened!’ 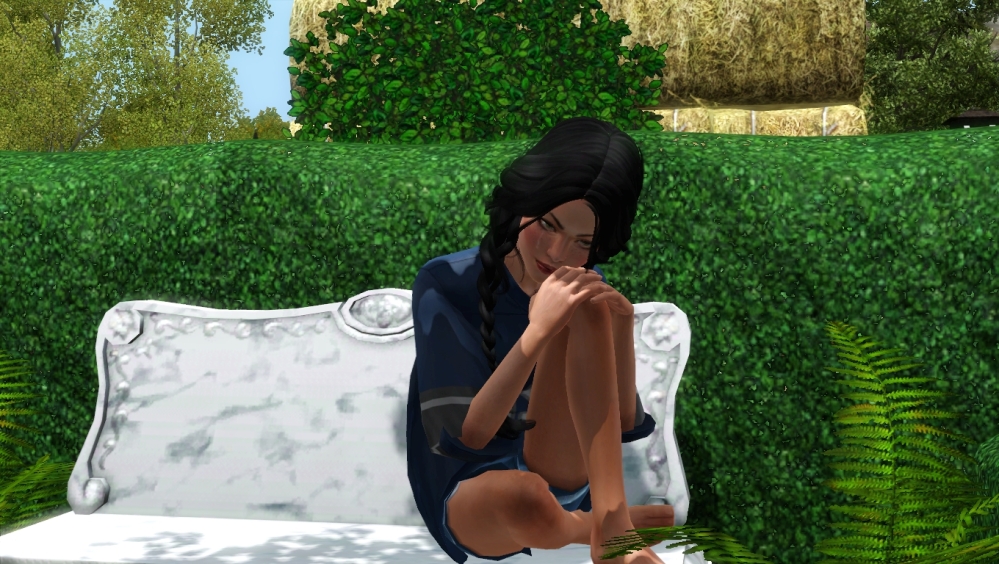 But as the summer holidays draw to an end, Taïga finally emerges from her room, and adventures into the garden. Granny is overjoyed to see her grandchild finally up and around, but Taïga has just taken her despair out into the sun…

Will her heart ever heal?

(I’ve put together two videos with her thoughts:)