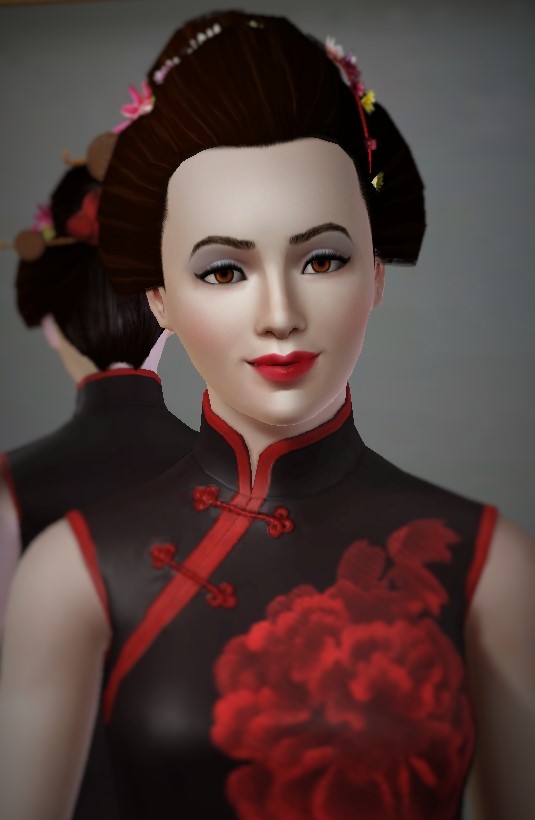 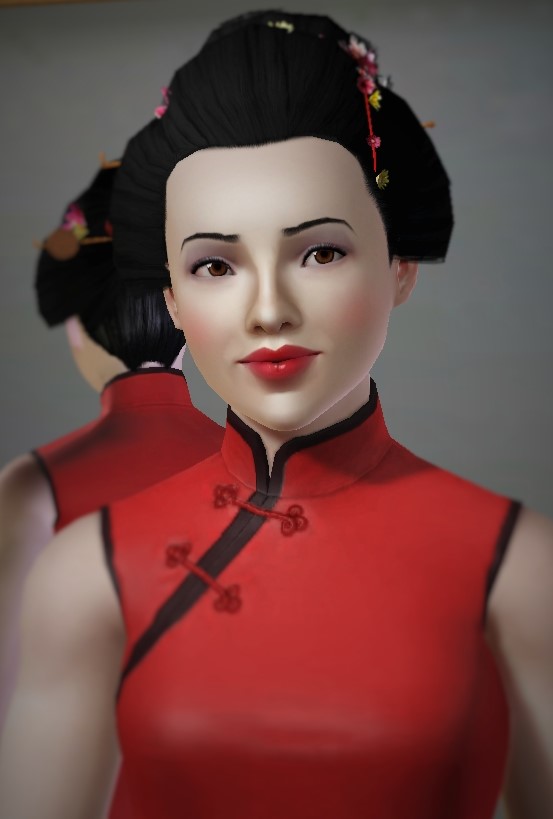 …and her sister in law, Sun Young Kim 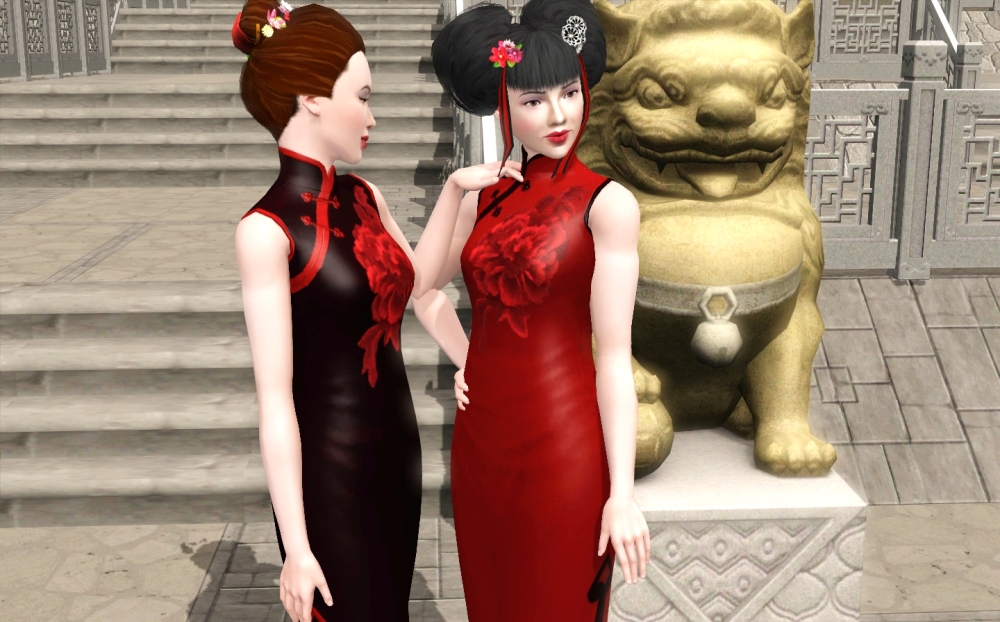 They both excel in the art of ikebana and are brilliant singers and dancers, striving to bring the noble art of Geisha’s to Shang Simla, with a touch of Chinese history…

The driver’s dark window slides down and a young man with mirrored Aviator sunglasses smiles at them. ‘Hi girls! Can I take some pics at you with my new car and the-… What is it? A temple? Whatever! -in the background?’ Seeing the young women hesitate he leans back and nods towards a young woman in the car who smiles and waves politely, ‘This is Rei Matsuri. She’s a photographer on her way up, and she’d love to have you pose in your traditional… Er… Costumes…’ 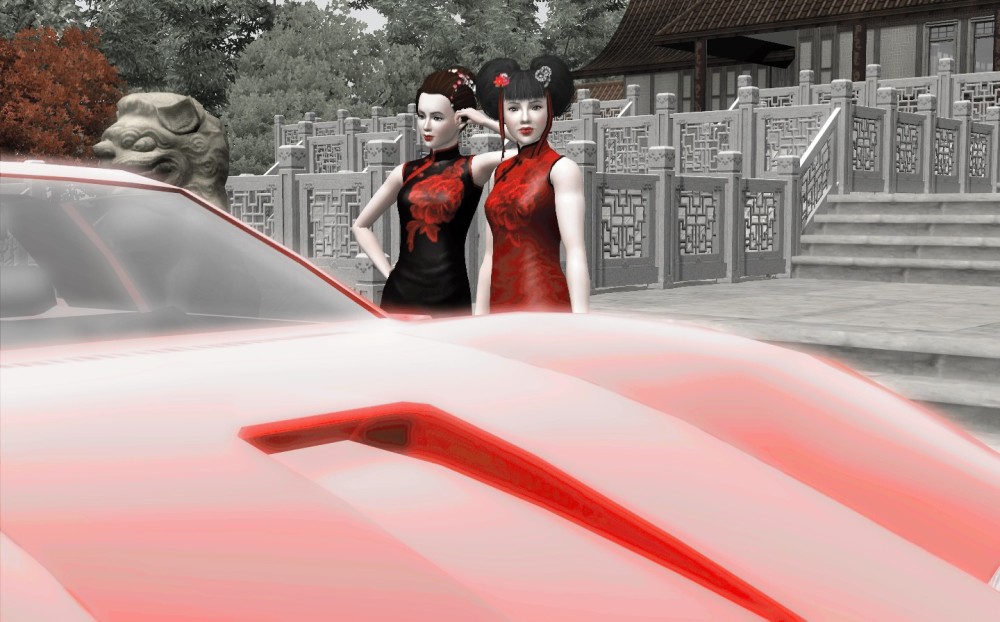 Sun and Rei looks at each other. ‘Why not?’

As usual her sister in law gets the last word… Sun gets carried away by Rei’s enthusiasm and can’t help but having fun posing next to the beautiful car. Rei tells them about how she’s just moved to Twin Towns from Isla Paradiso with her two best friends, and how she is studying art at University but that photography and history are her true passions. She chats happily with Hui and Sun, explaining how she’s in Shang Simla on vacation, and hopes to get to take some really wonderful pics of the Temple Heaven…

The dark stranger watches from a distance, smoking and texting, regularly checking the clock on his wrist. 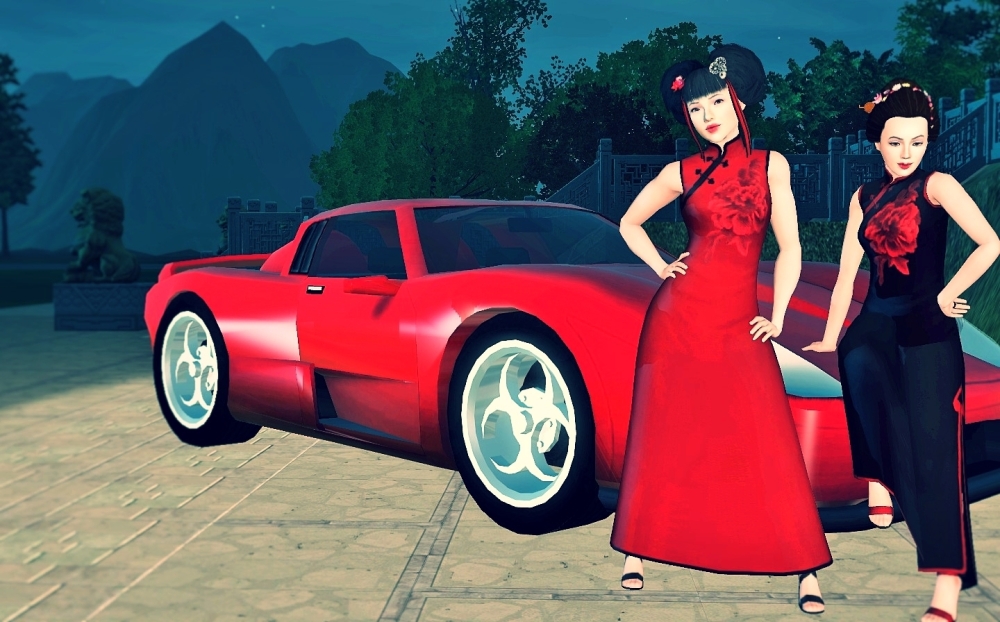 ‘Wanna go into town and have some fun? No strings, just young Chinese-Korean-Japanese fun?’

The photoshoot is over, and the couple is back in their 2005 Hwang Motors Hunka 711, ready to go.

Sun checks out the car. Oh how she’d love to trade her bike against a beauty like that… but… She sighs, ‘I don’t think so…’

Hui stares frowning at her own reflection in the dark shades. That face seems so familiar; the Korean accent, the Yakuza style tattooed arms, those strange dreadlocks…

‘Hui! We don’t know him… And he looks dangerous!’

‘So what? It doesn’t make him harmless. Just look at those tattoos…’

‘This is our chance, Sun, he’s a superstar after all… Maybe he’ll listen to us sing.’

‘A superstar? Hui, he plays the keyboard in Go Berserk, in Twin Towns!’

Sun sighs, ‘OK. I’m a level three in martial arts… He seems skinny enough for me to take on if it comes to that…’ 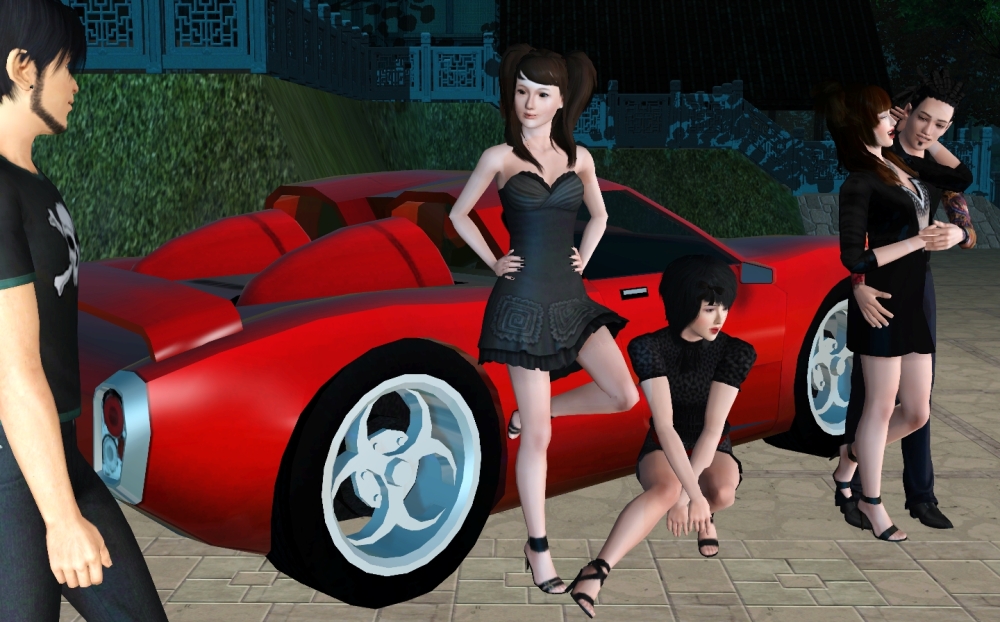 Hui and Sun knows all the hotspots and the four of them go from bar to bar, clubbing the night away… 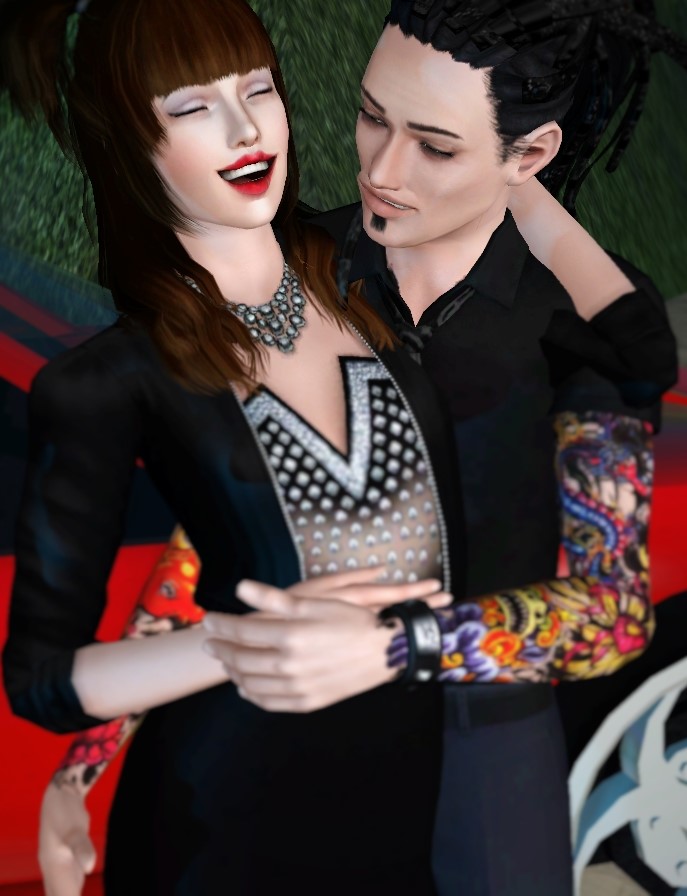 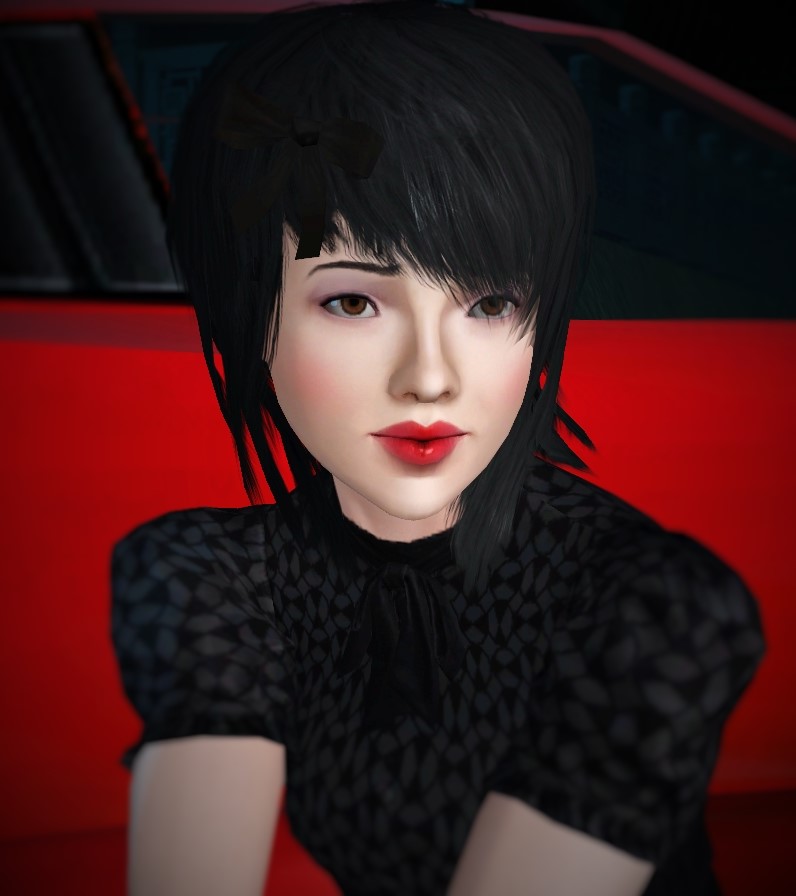 And even if Sun is terribly awkward, she finally sings for him. 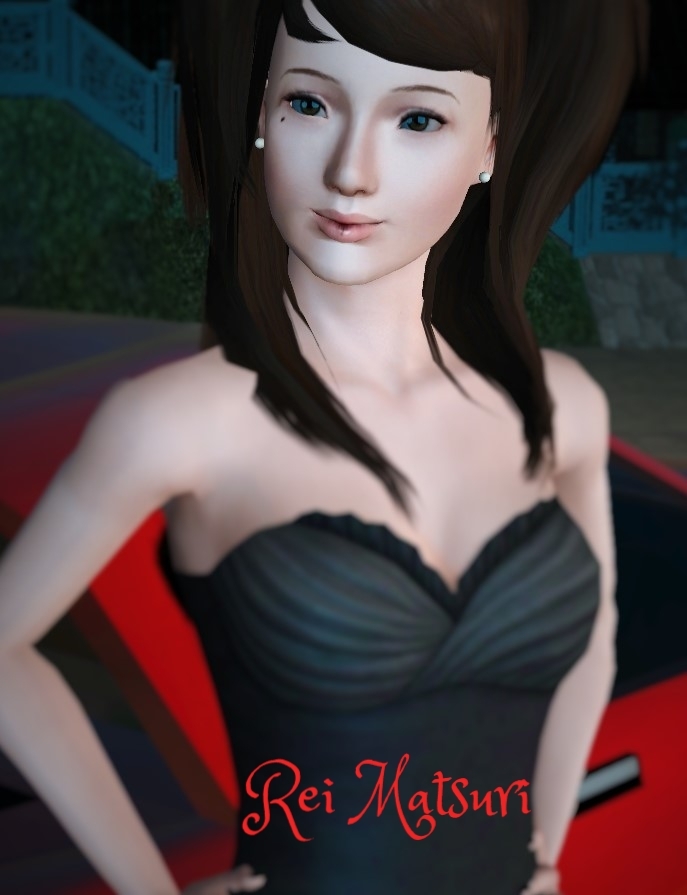 Rei Matsuri is delighted and joins in the refrain of the famous hit.

Hui, Sun and Rei have won “The Voice – Twin Towns” and their girl’s band is on World Tour! And guess what Sun bought with her part of the money? In bubblegum pink? 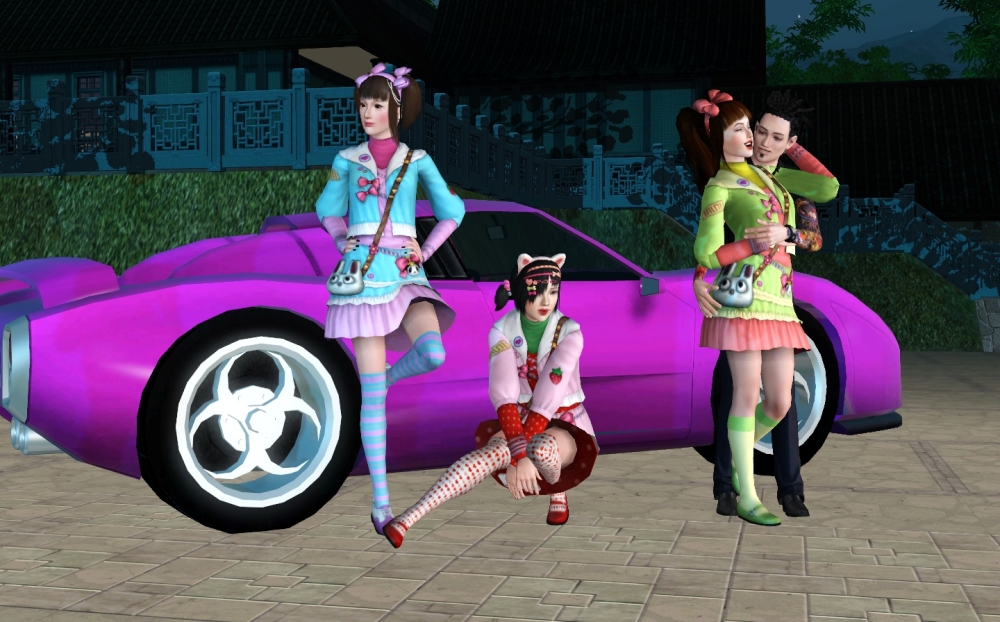 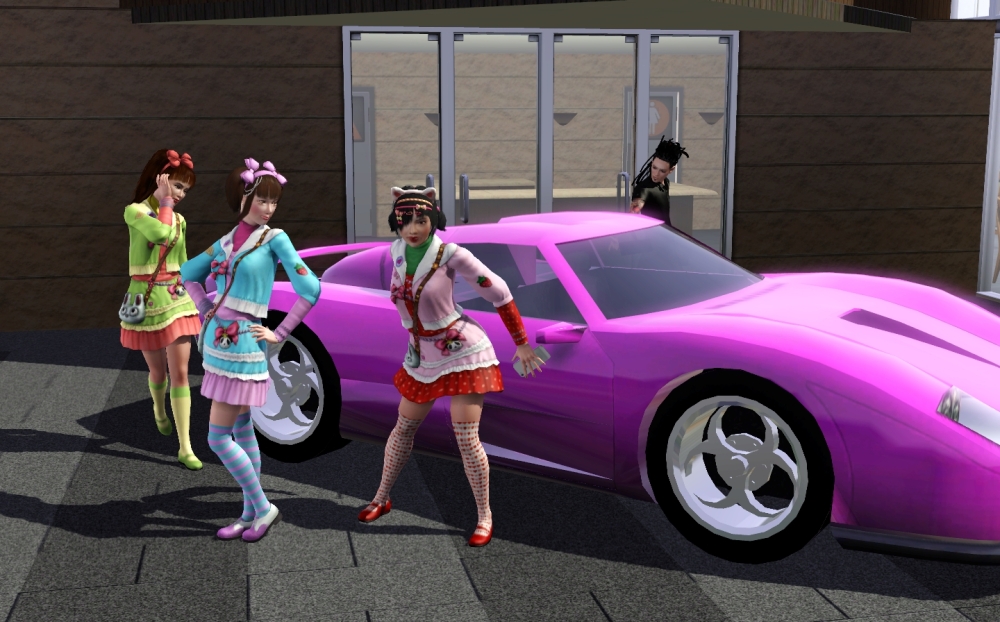 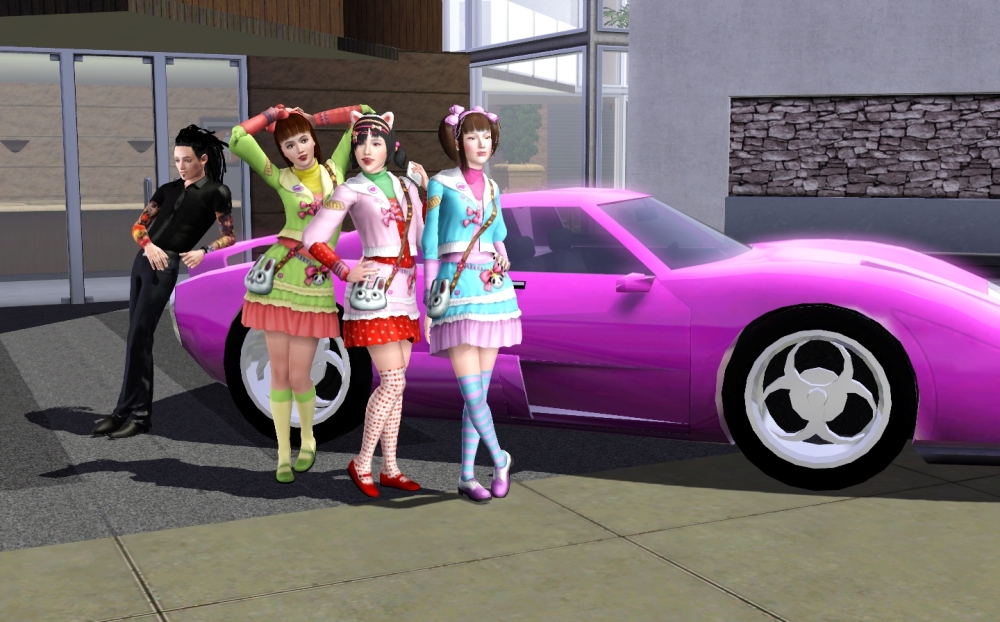 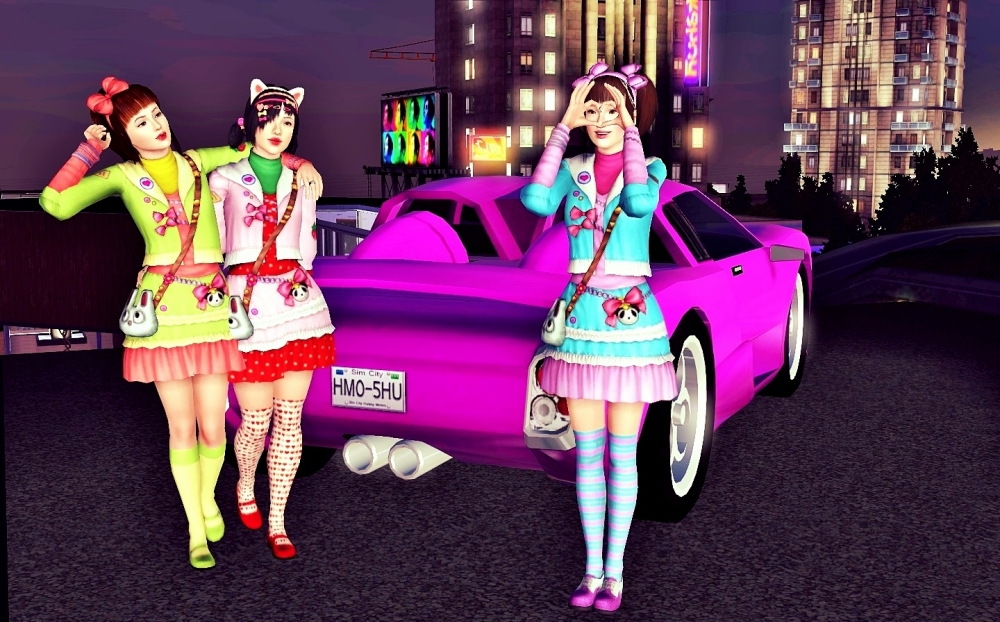 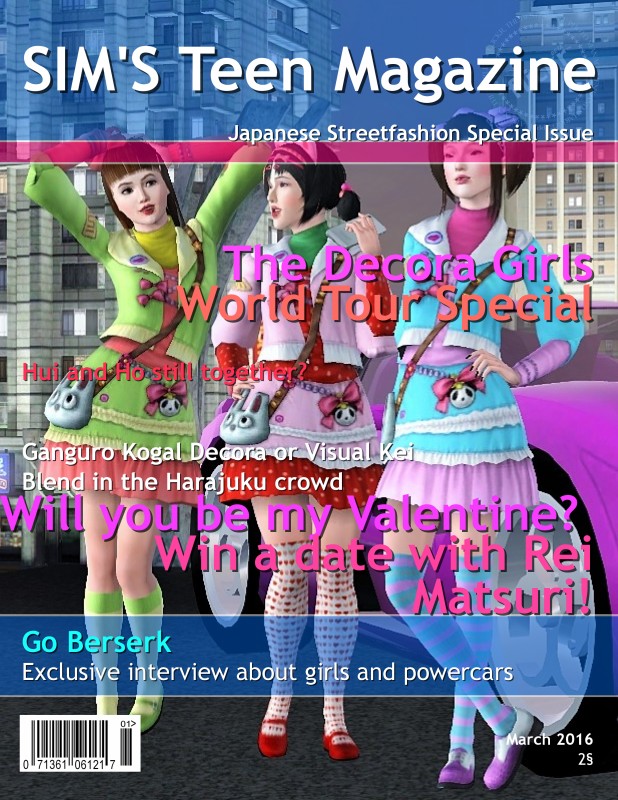