As the shadows deepen and get longer, the birds stop singing. The only sound is the rustling of the leaves as a sudden midsummer wind breezes through the trees. There’s a sense of foreboding in the ancient setting of the menhirs.

As on clue the Warlock makes his entrance, barefoot and masked, with a crown of holy alder leaves crowning his head. 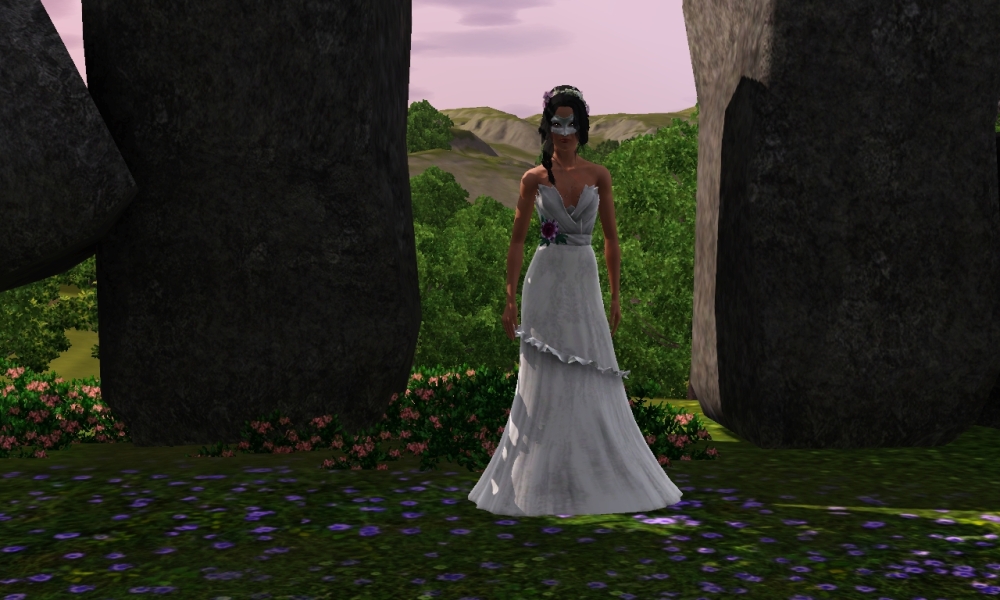 The setting midsummer sun colors the sky pink and makes an ethereal silhouette glow in the dark shadows of the huge stones.

The Bride seems small and vulnerable flanked by the giant menhirs, but at the same time pagan power emanates from her. She’s waiting… A maiden chosen for the sacrifice.

She’s still too far away for the Warlock to see her face, yet he knows she isn’t smiling.

On clue, they draw their wands and the sizzling sound of magic replaces the silence.

Shasta draws a perfect circle in the air, pulling the Warlock towards her. 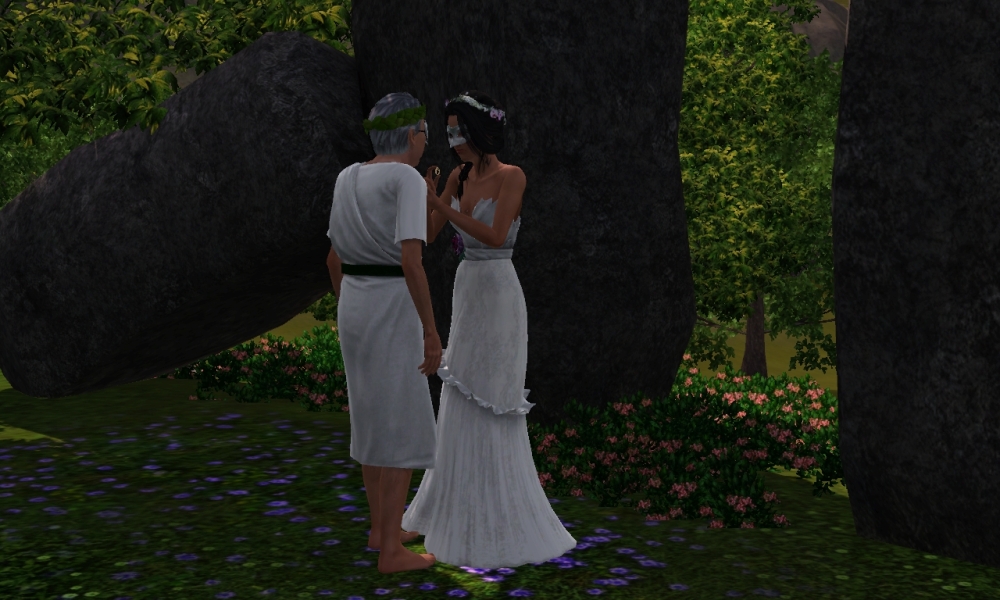 As he gets closer, the circle diminishes in size until it finally holds in Shasta’s hand, glimmering and vibrant. A ring, the magic symbol of their union.

Together they chant the sacred incantation,

‘Our alliance is Spirit, as strong as the four elements, nothing shall break it-’

The Warlock holds out his hand, palm up. ‘-strong and fertile as the Earth-’

Shasta’s hand trembles a little as she puts her hand over his, and whispers, ‘-light as the Air, the breath of life, which carries our troubles away-’

Leonardo’s voice is even, ‘-dangerous as the Fire, which both creates and destroys-’

Shasta hesitates. ‘-receptive and creative as the Water, which heals and purifies…’

They gaze at each other through their masks, and Shasta shivers when the Warlock pulls her into his arms…

… and as their lips touch, the masks vanish.

Our alliance is spirit… creative, fertile and… lethal…